Our next stop on Iris’ big road trip was the Pacific Ocean.  To see previous installments:

Part VI of Iris’ Grand Adventure: When we began our trip, I wasn’t planning on driving all the way to the Pacific.  I wanted to see the Rocky Mountains with my dog and that seemed like enough driving for one trip.  As we were passing though Colorado, I started chatting with a couple from California who said if we made it this far, we really should go all the way to the ocean.  They told us the best place to go would be California’s central coast.  The more I thought about it, the more I felt they were right.  After driving all the way to from Massachusetts to Arizona, driving a bit further to California would feel like nothing. Besides, not many dogs can say they’ve played in both the Atlantic and the Pacific Oceans.

The shortest route from Arizona took us right to Los Angeles.  I will admit, driving into city traffic after days of exploring remote desert roads almost made me want to turn back around.  Almost.  We went around LA and got our first look at the ocean as we drove into Malibu.  As soon as we found a spot to park, we ran right to water. 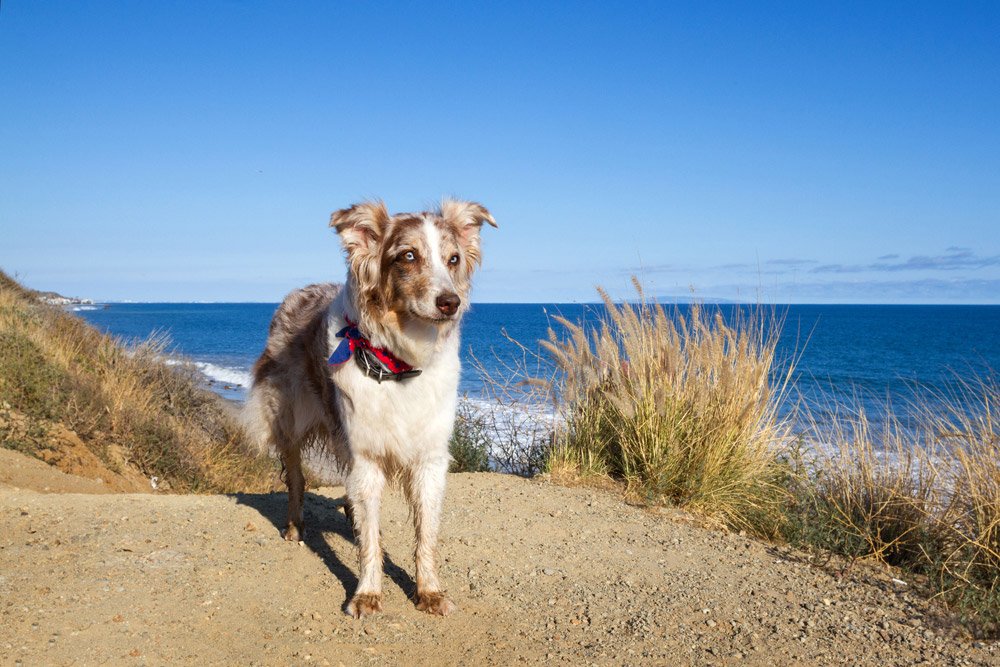 At 13 years old, Iris’ running on the beach was a bit slower than in her younger years, but she still had fun putting her paws in the water and watching the waves.  The weather was perfect and we spent the rest of the day playing on the beach. 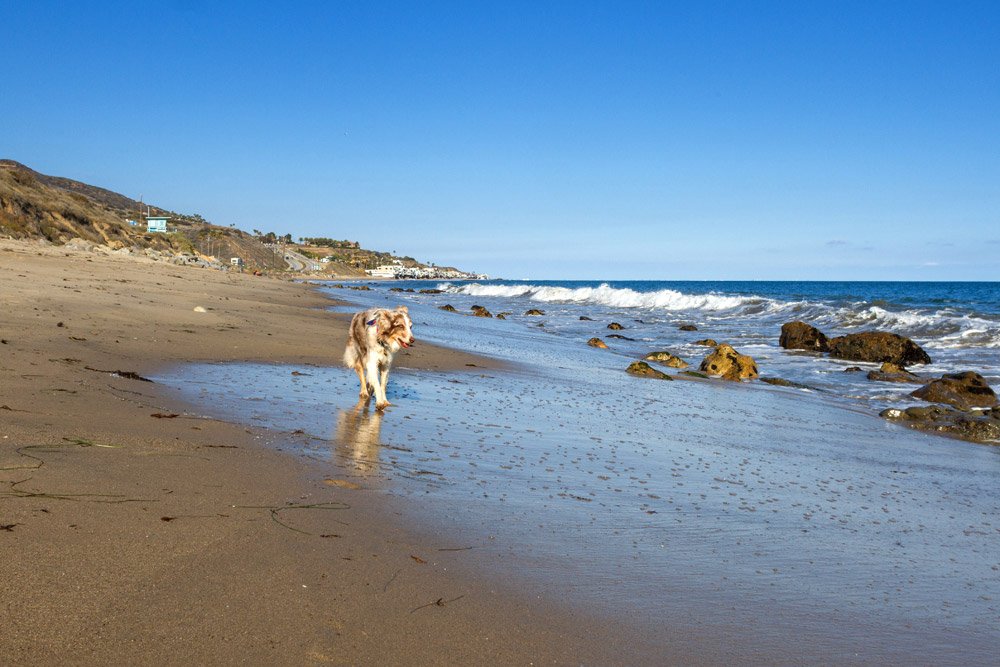 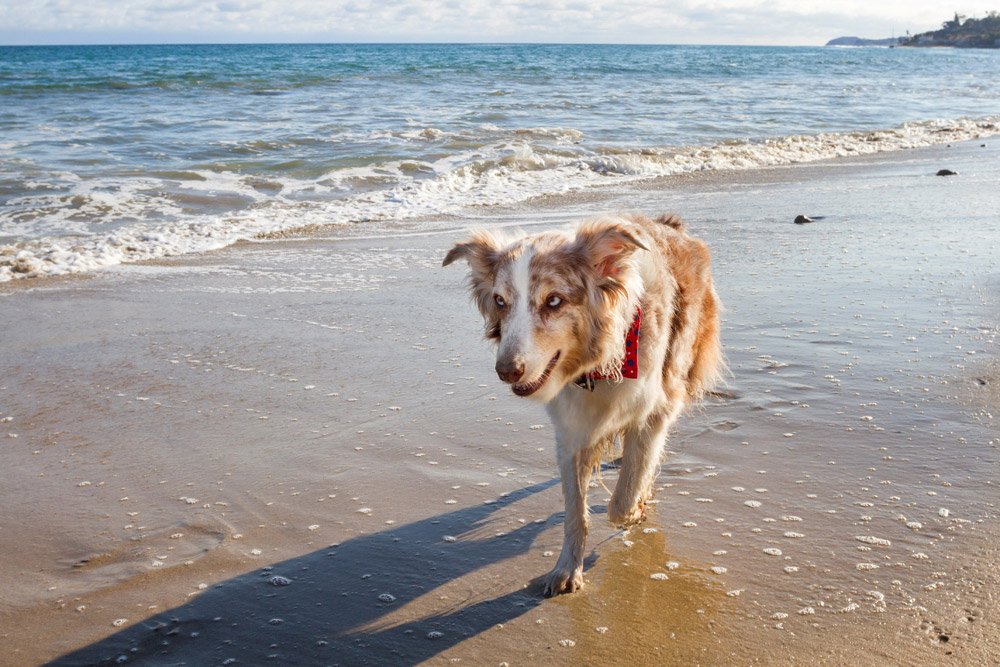 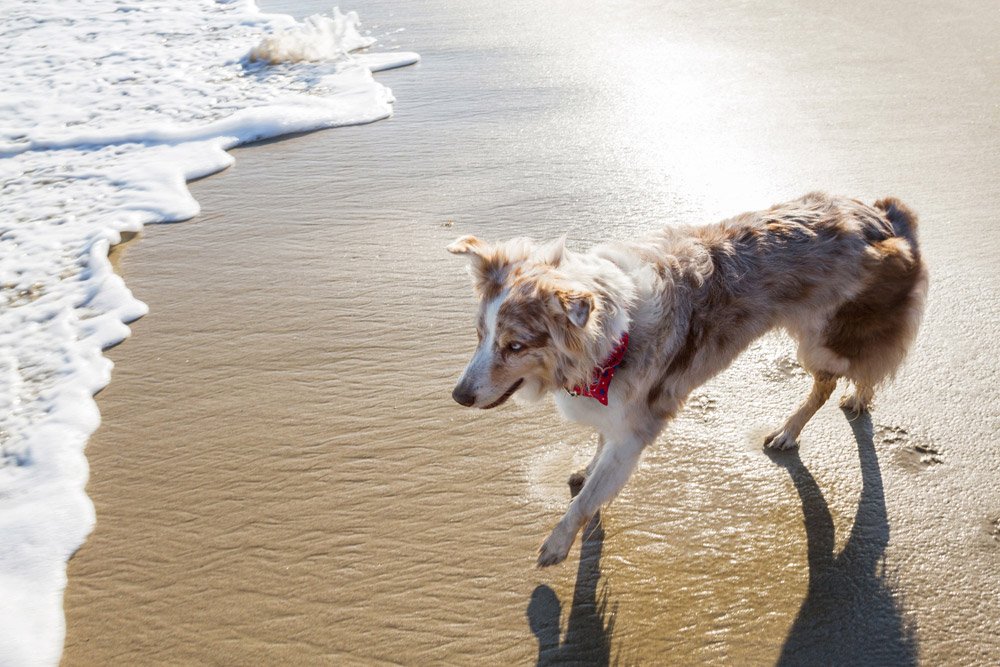 The next morning, we headed north along the coast.  I was watching for a place to stop for breakfast, so when I saw a sign for Coastal Access, we turned off to explore.  A few winding roads later, we found a tiny parking lot and the most amazing spot for a morning walk along the ocean.  There’s no better way to start the day than a walk with my little red dog. 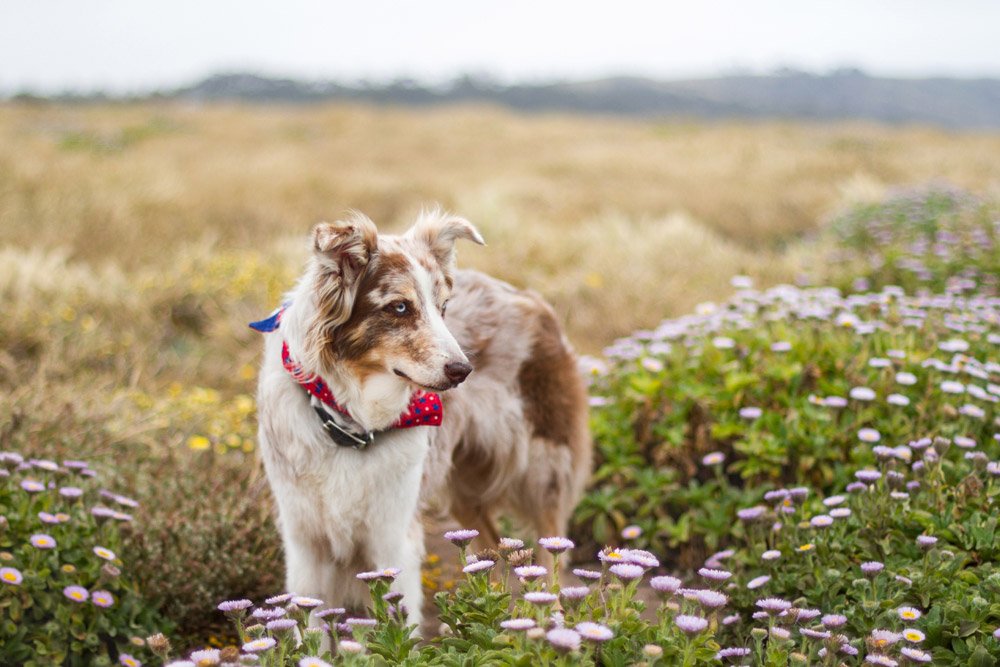 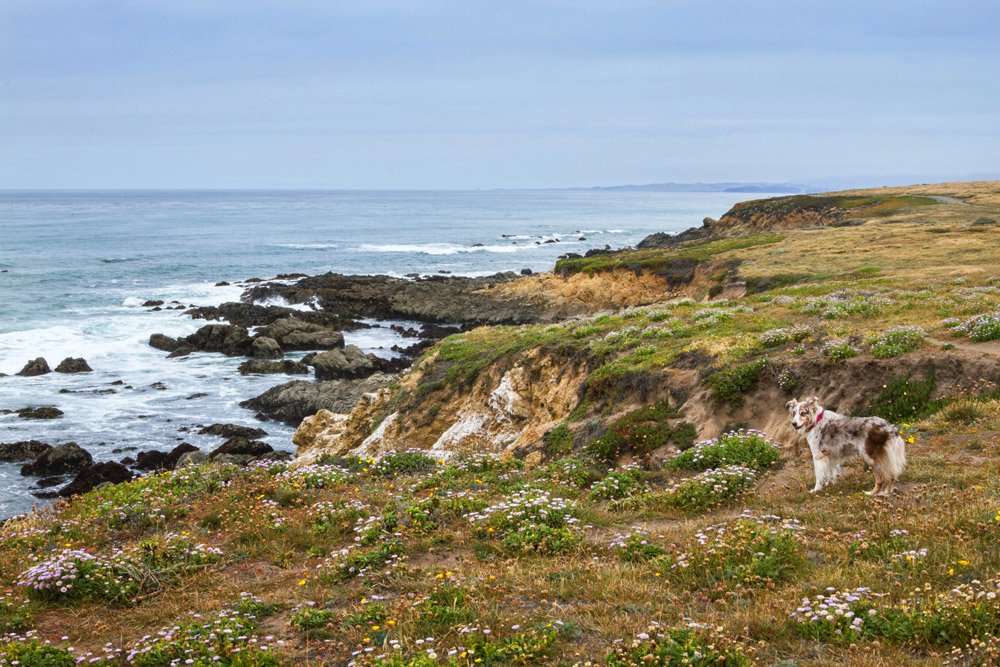 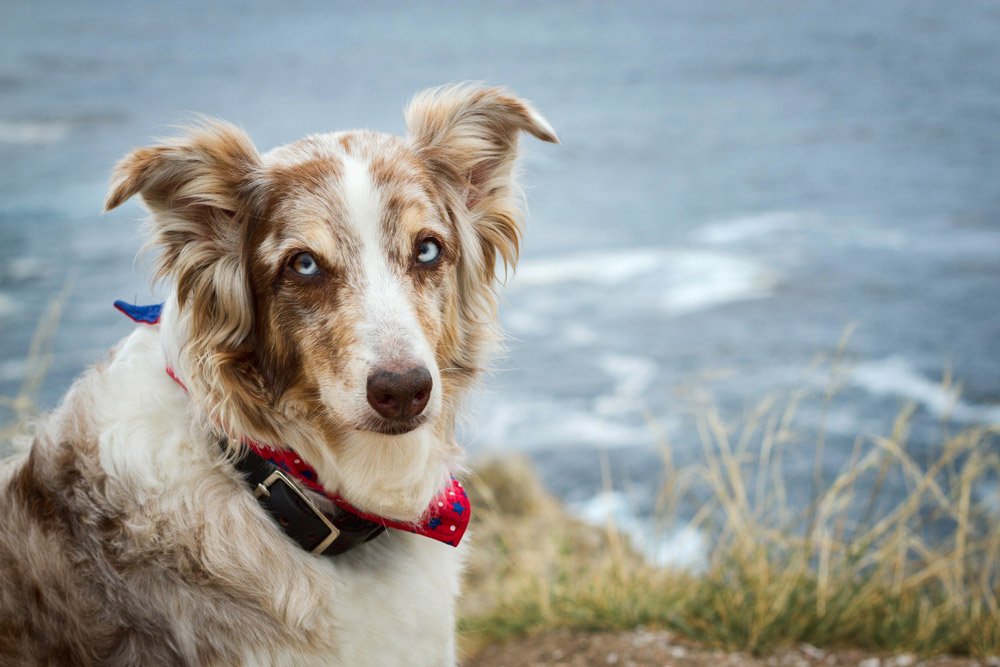 After our walk, we drove up Highway 1 through Big Sur.  The landscape was nothing short of spectacular, and Iris was quite happy spending the drive relaxing on the back seat.

We made one more stop along the coast to watch the sunset (well, we tried.  The weather didn’t quiet cooperate and the sky stayed overcast).  It was time for us to turn east again, but I wanted to prolong the day for as long as I could.  Our trip had been a way to put life on hold just for a little while, to spend our days together without thinking about things like cancer or mortality.  The last few weeks felt like we existed in our own protected world, and I wasn’t ready to leave.  I don’t think I ever would have been. 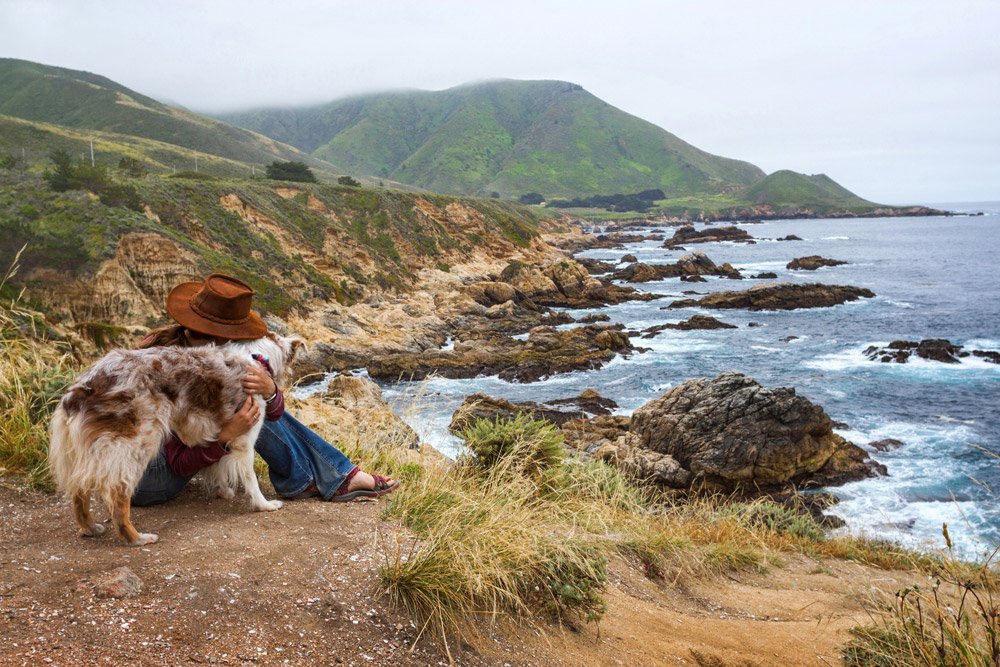 But in the end, we’d driven as far west as we could and time continued on, whether we wanted it to or not.  While I couldn’t stop the passage of time, I could squeeze in just one more adventure before leaving California.  Our next stop was Yosemite National Park, a park that’s been at the top of my bucket list, and I couldn’t resist the chance to see it with Iris.

To read the next part of our adventure, go to Part VII of Iris’ Grand Adventure.